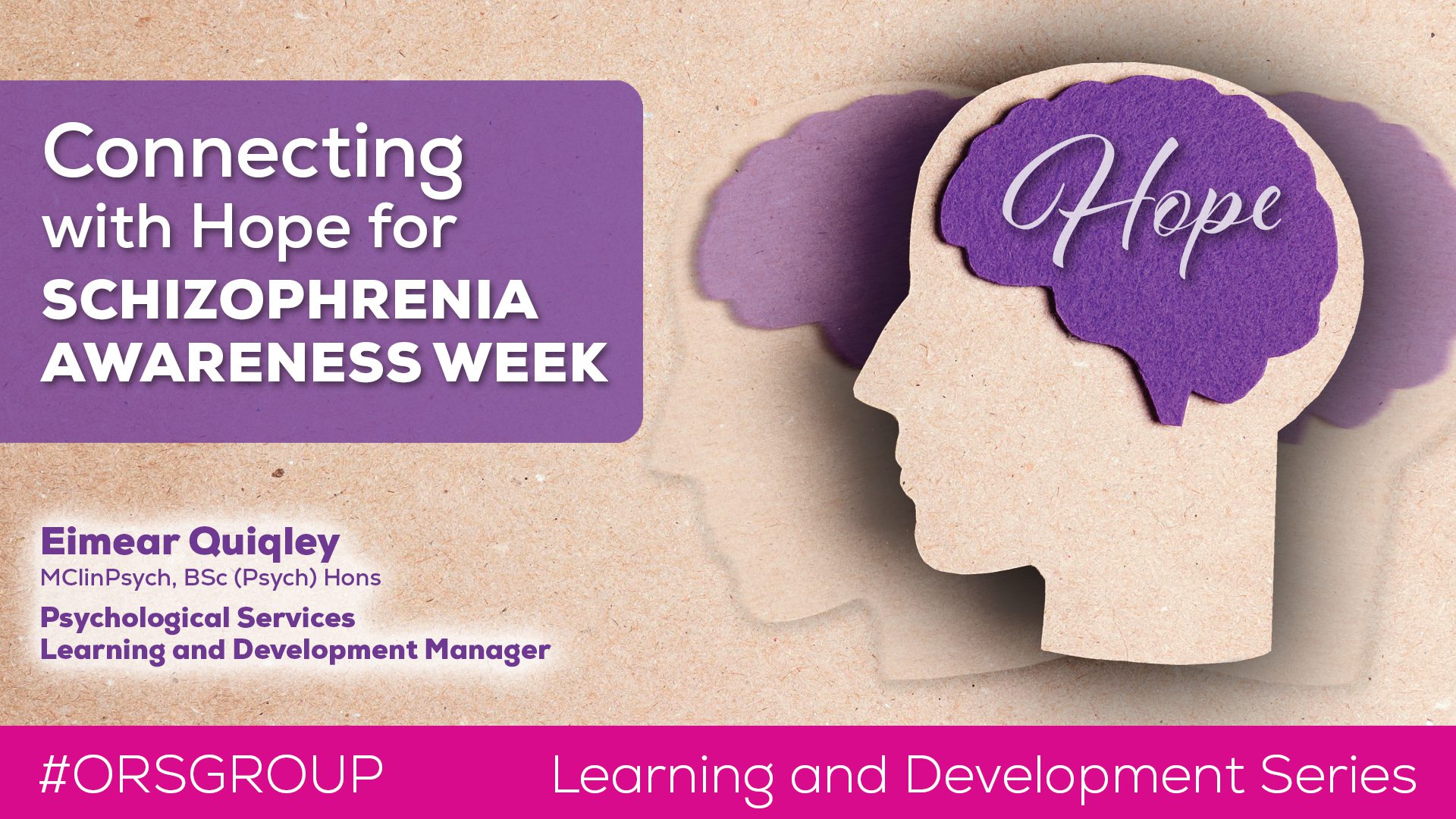 In some ways, Schizophrenia Awareness Week was a pivotal signpost in my professional career. Twenty years ago, after finishing my four-year undergraduate psychology degree, I saw a tiny newspaper notice about an information session being held by the Schizophrenia Fellowship of WA (the Fellowship) for Schizophrenia Awareness Week. Glad to no longer be tied to a timetable of study, I was able to attend. I remember talking to one of the staff at the information session, who offered me a volunteer position. For the next few years, every Thursday morning I had the privilege of helping out at the weekly drop-in morning tea for consumers and carers. I got to know lots of people, who happened to have schizophrenia and learned more from hours of talking over coffee and sandwiches than I did in my four-year undergraduate degree. I often wonder if any of them had any idea of the impact our conversations had on me. I think fondly of my time in the old house that the Fellowship worked out of every time I drive down Bagot Street in Subiaco. Sadly, the house is long gone, but the memories remain.

A few years later when it came time to decide on a topic for my master’s research project, I immediately wanted to contribute to the current knowledge about psychological interventions for schizophrenia. This decision was influenced by the people and the stories I heard at the Fellowship and the lack of services available at that time. I designed and implemented a brief behavioural family intervention for schizophrenia using approaches from the disability sector, as there really weren’t any suitable behavioural strategies for schizophrenia at that time. Since completing my research in 2006, the landscape of service delivery has changed significantly in Australia. There is now a recognition, through the NDIS, that some people with schizophrenia need behavioural and psychological support to be able to live their lives to the fullest. And I seem to have professionally come full circle in my current role at ORS, an NDIS provider. Here I have the privilege of supporting allied health practitioners in the provision of psychological and behavioural interventions for people with schizophrenia.

When I volunteered with the Fellowship, they had two paid staff. I looked up what is now known as the Mental Illness Fellowship of WA (MIFWA) to find that they currently have over 200 paid staff across Perth and regional WA. They run multiple support groups, online support groups, and provide many other valuable services. The growth of organizations providing support for people and their families over the last 20 years brings hope and the increase in support groups furthers that hope through connections.

There is still a lot of misinformation in the media and in society about schizophrenia. There remains a misperception that if a person has schizophrenia they are always dangerous and will hurt other people. In fact, the majority of people with schizophrenia are not aggressive and unfortunately are more likely than individuals in the general population to be victims of aggressive acts (American Psychiatric Association, 2022).

Many people may not be aware of the professionally embarrassing history of our understanding of schizophrenia. Beginning in the 1930s, the psychiatric community believed that the main cause of schizophrenia was the person’s mother. This became known as the “schizophrenogenic mother”; a hostile, critical, and intrusive mother. This idea was not officially debunked until 1982 when a review of the research on the schizophrenogenic mother was undertaken and published by Gordon Parker, an Australian psychiatrist (Johnston, 2013). The review concluded that although this maternal style probably existed (in the general population), it was no more common in mothers who had children with schizophrenia. This bias of blaming the mother for a child developing schizophrenia in the psychiatric community is an important reminder of the potential for professionals to have biases and to always try to keep an open curious position in understanding any presentation. Thankfully for everyone, we have come a long way in the last 40 years in our understanding of schizophrenia. With the help of people with lived experience, family members, and carers and with more rigorous research processes, we now view schizophrenia as a complex interplay between genetics, family history, and social and psychological factors.

Schizophrenia affects about one in a hundred people, or between 150,000 and 200,000 Australians. Recent analyses of multiple studies found that between 13.5% and 30% of people who received a diagnosis of schizophrenia had recovered two years after diagnosis (APA, 2022).

The word schizophrenia comes from two Greek words meaning split and mind. As you can see, all of the symptoms below can be understood as a person’s perception of reality (their mind) being split from actual reality. The symptoms include a combination of the following, some of which are only present during an episode:

Fixed beliefs that seem completely real to the person experiencing them. The content can be persecutory (about being harmed by another person or group), grandiose (about having exceptional abilities, wealth, or fame), religious  somatic (about health and organ functioning), or referential (that other people’s gestures or comments or aspects of the environmental cues are aimed at the individual)

Involve hearing, seeing, tasting, feeling, or smelling something that does not exist and that the person believes is real.

Communication may be impaired, with answers to questions partially or completely unrelated to the question.

The primary treatment for schizophrenia is medication, prescribed by a psychiatrist. Psychosocial interventions are also beneficial and depending on each individual may include individual therapy, skills training (e.g., social skills, emotional regulation skills), behavioural support, family therapy, and supported employment.

If you think that you or someone close to you may be experiencing symptoms of schizophrenia, talk to your GP, who will help you with the next step, usually a referral to a psychiatrist. If you or someone close to you has schizophrenia and you want to connect with other people who can relate to your experiences, have a look at your local state or territory organization, listed on the Mental Illness Fellowship of Australia’s webpage. Finally, if you are looking for an organization with capacity to provide NDIS behaviour support and/or psychological services for any mental health presentation, ORS have offices in WA, NSW, Victoria and the ACT and currently have a one-week waitlist.

To learn more about our amazing staff visit Our Expertise.